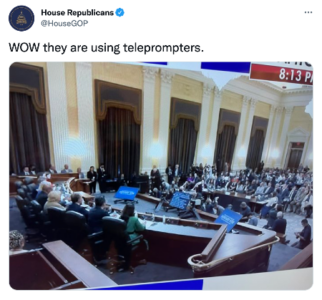 Any doubt that Lame Duck Speaker Nancy Pelosi’s political witch-hunt would be anything more than a made-for-TV faux drama was put to rest almost immediately when footage surfaced that the sham committee was relying on teleprompters.

Once again, Pelosi and House Democrats are desperately attempting to change the narrative rather than addressing the numerous crises facing America.

WHAT YOU NEED TO KNOW: