America is in a recession and has been since July, but Joe Biden remains delusional about the suffering Americans face.

Last night, Biden denied America’s recession, and in response to Jake Tapper’s question on whether families should prepare for one, he said, “It hasn’t happened yet…if it is, it’ll be a very slight recession.”

MAKE NO MISTAKE: This is the Biden Recession—no one else’s. House Republicans have made a commitment to an economy that’s strong, and that starts with ending the Far Left Socialist policies of Biden and the House Democrats that have led our economy into a recession. 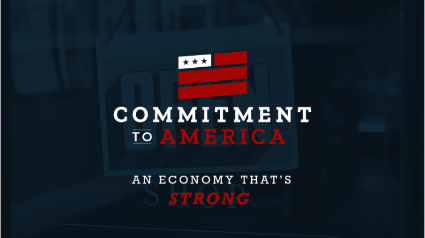 Click HERE for messaging on our Commitment to a Future that is Built on Freedom, courtesy of Leader Kevin McCarthy.

Click HERE for House Conference graphics on this pillar.

Biden’s Inflation Tax is Crushing Families Across the Country