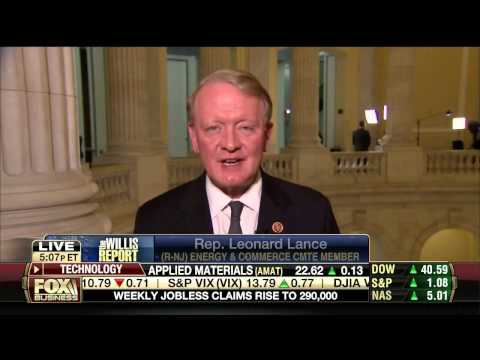 Like many Americans, I have been incredibly frustrated by the repeated and unnecessary delays in moving forward with the construction of the Keystone XL pipeline.

And while the Republican-led Congress has worked in a bipartisan capacity to pass legislation eight times to build the Keystone XL pipeline, the President and his allies in the U.S. Senate have been refusing to act.

Studies from the U.S. State Department outline some of the benefits that would come with the project, including more than 42,000 direct and indirect jobs including 3,900 construction jobs, and an estimated $3.4 billion boost to the economy.

And despite two thorough environmental analyses showing that the proposed Keystone XL pipeline would have a minimal impact on the environment, the Obama administration continues to try and appease those in opposition.

The inaction also has diplomatic ramifications with our friend and ally to the north — Canada.

The Washington Post newspaper rightfully pointed out in an editorial earlier this year that the decision to delay approval of the Keystone project “…insults and antagonizes a strong ally; getting future Canadian cooperation on other issues will be harder.”  And the decision, “threatens a large source of relatively secure oil that, combined with new discoveries in the United States, could reduce (though not eliminate) our dependence on insecure foreign oil.”

With bipartisan support in Congress and the backing of labor and business alike, the Administration should see that the Keystone XL pipeline project is important to our national and economic security.   Yet they cannot find the courage to say “yes” on Keystone.

The House remains committed to legislation that harnesses energy resources to create jobs and increase the standard of living for all Americans, and today’s vote will reinforce that resolve.  We just need the Administration to join us.

After enduring more than six years of review, red tape and delay, there is no reason left for the President and the U.S. Senate not to approve this project immediately.  It is time for all American-made energy to reach American consumers and it starts with approval of the Keystone XL pipeline.