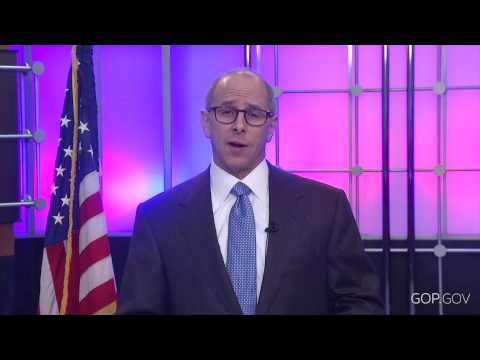 Hello, I’m Charles Boustany, and I have the great honor of representing Louisiana’s Third Congressional District.

Every day, Republicans are listening to the American people and focusing on your priorities.

Because too often, it seems the administration in charge in Washington doesn’t have your best interests at heart.  It takes more and more money for the government while limiting opportunities for hardworking families.

Nowhere is this disconnect more pronounced than in our tax code.  As Tax Day approaches, Americans need no reminder of how expensive and difficult it is just to be compliant with the law.  And no agency elicits more frustration and distrust than the Internal Revenue Service.

Just last week at a Town Hall meeting in my hometown of Lafayette, Louisiana, a small business owner told me compliance with the IRS alone costs her nine-person business the equivalent of hiring one new worker.  And just think, the president’s budget calls for raising taxes by more than $2 trillion, further squeezing families and small businesses who are trying to make ends meet.

Republicans are offering a better approach.

First, that means fixing our tax code.  Today, it’s a volumes-long jumble of outdated provisions held together with scotch tape and glue.  That doesn’t help create jobs, and it doesn’t serve the best interests of the American people.

Second, we must address the people’s misgivings with the IRS itself.  This agency still operates in the shadow of a scandal in which it admitted to targeting organizations based on their political beliefs. The investigation is ongoing – but the IRS still refuses to admit that some of its employees engaged in intentional wrongdoing. To successfully carry out its mission, the IRS must be viewed by the American people as an unbiased arbiter of the law. It cannot do that without coming clean.

Next week, the House will act on several initiatives to require more accountability and transparency at the IRS.  This includes enacting a Taxpayer Bill of Rights complete with common-sense sense steps like requiring the IRS to fire employees that use their position for political purposes, prohibiting the IRS employees from using personal email accounts to conduct official business, and improving access to the Courts for groups that feel they have been wronged by the IRS.

We’re also going to act to provide more tax relief for American families.  This is in addition to legislation we’ve already passed to provide permanent tax relief to small businesses, a move that would help create nearly 200,000 jobs.

Fixing our tax code and reforming the IRS: this is all part of Republicans’ focus on making government address your priorities and work for the people it’s elected to serve.

I thank you for listening.