Congresswoman Virginia Foxx represents North Carolina’s 5th District in the United States House of Representatives. Throughout her time in Congress, Foxx has established herself as a champion of conservative values and has helped lead the national movements to reduce federal government spending and increase government oversight and accountability.

The nonpartisan magazine National Journal has consistently ranked Foxx as one of the most conservative members of the North Carolina Congressional Delegation. She also has a lifetime 96 percent approval rating from the American Conservative Union.

Representative Foxx is a visible leader in the House Republican Conference, where she regularly takes a stand for the principles of individual freedom and limited government. She was also the first member of her 2004 class to introduce and pass a substantive bill in the House.

In 2008 Foxx successfully passed a bill to streamline the federal government and save taxpayer money. This accomplishment makes her one of the few members of Congress who took office in 2004 who got legislation signed into law in both the 109th and 110th Congresses.

As the Chairwoman of the House Subcommittee on Higher Education, Foxx led efforts to modernize and reform the nation’s workforce development system. In 2014, the Workforce Innovation and Opportunity Act (WIOA), which provided a long overdue reform of the Workforce Investment Act, was signed into law. WIOA, a bipartisan, bicameral compromise between the Foxx-authored SKILLS Act (H.R. 803) and the Workforce Investment Act of 2013 (S. 1356), streamlines and improves existing federal workforce development programs and fosters a modern workforce that American businesses can rely on to compete.

Prior to serving on Capitol Hill, Foxx spent 10 years in the North Carolina Senate where she successfully sponsored several statewide and local bills and consistently voted against tax increases and for legislation that would make governments more efficient and less wasteful.

Dr. Foxx is a graduate of the University of North Carolina at Chapel Hill where she received her A.B. degree in English and M.A.C.T. in Sociology. She earned her Ed.D. in Curriculum and Teaching/Higher Education from UNC-Greensboro.

Dr. Foxx began her career as a secretary and research assistant at UNC-Chapel Hill. She taught at Caldwell Community College, was a sociology instructor at Appalachian State University and held several administrative positions at ASU, including Assistant Dean of the General College. Dr. Foxx also served as Deputy Secretary for Management in the N.C. Department of Administration for Governor Jim Martin. Prior to her election to the Senate in 1994, she served as President and later a consultant at Mayland Community College from 1987-1994.

Representative Foxx has been active in civic and business affairs, serving on many state and national committees. She served on the Executive Committee of North Carolina Citizens for Business and Industry and was elected to three four-year terms on the Watauga County Board of Education. She was confirmed by the United States Senate for a Presidential appointment to the National Advisory Council for Women’s Educational Programs. She also served on the Z. Smith Reynolds Foundation Advisory Panel. Other current or former service on boards includes the Board of Directors of the John William Pope Center for Higher Education Policy, Board of Directors of the N.C. Center for Public Research, the UNC-Chapel Hill Board of Visitors, National Conference of State Legislatures’ Blue Ribbon Advisory Panel on Child Care, Charter Member of the Mount Airy Museum of Regional History and the Foscoe-Grandfather Community Center Board.

Dr. Foxx is a member of the American Legion Auxiliary, the world’s largest women’s patriotic service organization. Her support for America’s veterans and active-duty military is characterized by her introduction of the HERO Act, legislation that extends IRA benefits for troops serving in combat zones. She has also supported bills that expand veterans’ disability compensation and that significantly increased overall Veterans Affairs funding. Dr. Foxx has also voted in favor of honoring our nation’s fallen by prohibiting demonstrations at military funerals held at national cemeteries.

Dr. Foxx is the recipient of several state and national awards. Among those awards are the U.S. Chamber of Commerce’s Spirit of Enterprise Award, the Family Research Council’s True Blue Award and the Alan Keith-Lucas Friend of Children Award, the highest honor granted by the North Carolina Child Care Association. She is a former Rotarian.

At Mayland Community College, Dr. Foxx implemented several nationally recognized programs including a curriculum evaluation program which has been adopted by major universities. In another major success, she raised over $1 million in private funds for an on-campus, state-of-the-art child development center built by prison inmates. At ASU she implemented a model orientation/academic advising program which is still in existence.

Virginia Foxx is married to Tom Foxx. Prior to her entering Congress, the couple owned a nursery business in Watauga County. Dr. Foxx is a lay leader in her church and her hobbies are reading, gardening and being a grandparent to two. 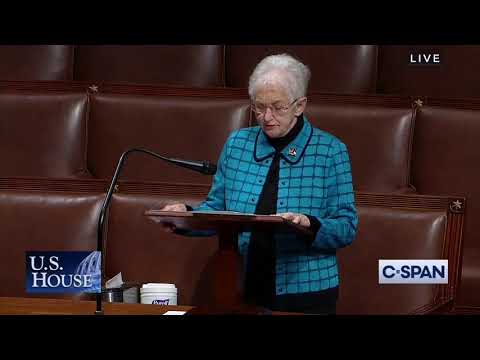 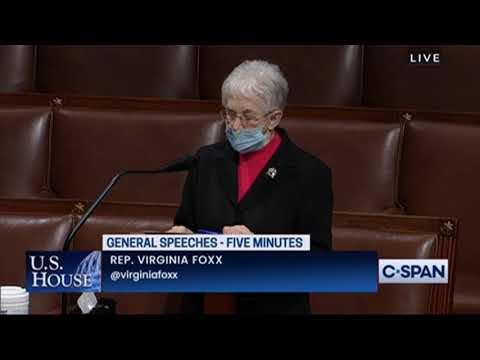 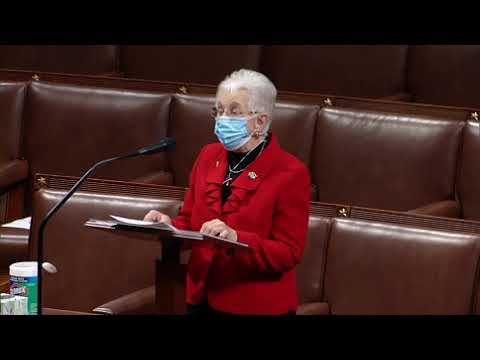 246 years of service to the greatest country in the world 🇺🇸 Happy Birthday to the @USArmy! https://t.co/bvx6yCcnaD

📚A must-read for anyone who wants to keep their paychecks, privacy, and entrepreneurial opportunity. ICYMI via… https://t.co/A7mLTDSyyB

The American flag has always served as a symbol of freedom throughout the entire world, and it will continue to do… https://t.co/h7H4lECW62

"Democrats want us to believe that a bill mandating participation in unions is 'protecting the right to organize.'"… https://t.co/v3R5NtoHow