Rep. Cole: "This is nothing more than an attempt to federalize all elections"

Rep. Cole: "Rules is the last stop for legislation before the floor, not the first"

Identified by Time Magazine as “one of the sharpest minds in the House,” Tom Cole is currently serving in his tenth term in the U.S. House of Representatives. At the outset of his service in Congress, Cole was named one of the “Five Freshmen to Watch” by Roll Call. In 2016, he was recognized by Newsmax as the “hardest working member in Congress.” He was inducted into the Oklahoma Hall of Fame in 2017.

Cole is recognized as a tireless advocate for taxpayers and small businesses, supporter of a strong national defense and leader in promoting biomedical research. He is considered the foremost expert in the House on issues related to Native Americans and tribal governments.

Since 2009, Cole has served on the powerful House Appropriations Committee, where he is currently Vice Ranking Member of the full committee and Ranking Member of the Subcommittee on Labor, Health and Human Services, Education and Related Agencies (LHHS). While serving as LHHS Chairman during the 115th Congress, Cole shepherded completion of the subcommittee’s annual funding bill and participated in the bicameral conference committee that negotiated the final product for fiscal year 2019. When it was signed into law in September 2018, it marked the first time in 22 years that the bill was completed in full and on time.

Cole was appointed to the House Rules Committee in 2013 and has remained on the panel since then. He currently serves as Ranking Member, the top Republican leadership position on the committee. Cole also serves as a Deputy Whip for the Republican Conference and sits on the House Republican Steering Committee.

Cole has a significant background of service to his home state of Oklahoma. He has served as the State Chairman of the Oklahoma Republican Party, District Director to former Congressman Mickey Edwards, a member of the Oklahoma State Senate and as Oklahoma’s Secretary of State. In this capacity, he served as former Governor Frank Keating’s chief legislative strategist and liaison to the state’s federal delegation. Keating tapped Cole to lead Oklahoma’s successful effort to secure federal funds to assist in the rebuilding of Oklahoma City in the wake of the bombing of the Alfred P. Murrah Federal Building on April 19,1995.

Cole is a founding partner and past president of CHS & Associates, a nationally recognized political consulting and survey research firm based in Oklahoma City. The firm has been named one of the top 20 in its field and has dozens of past and current clients scattered across the country.

A former college instructor in history and politics, Cole holds a B.A. from Grinnell College, an M.A. from Yale University and a Ph.D. from the University of Oklahoma. Cole has been a Thomas Watson Fellow and a Fulbright Fellow at the University of London. Cole has also received honorary degrees from Randall University (formerly Hillsdale Bible College) in Moore, Oklahoma City University and Gallaudet University in Washington, D.C. He currently serves on the national board of the Fulbright Association, and he is a member of the Congressional Advisory Board to the Aspen Institute. He previously served for six years on the Smithsonian Institution Board of Regents.

Cole is a fifth generation Oklahoman and an enrolled member of the Chickasaw Nation. He is one of only six Native Americans currently serving in Congress. Since 2009, he has served as the Republican Co-Chair of the Congressional Native American Caucus. The National Congress of American Indians has recognized Cole’s distinguished service with the Congressional Leadership award on three different occasions (2007, 2011 and 2017), more than any other Member of Congress in the history of the organization. He was inducted into the Chickasaw Hall of Fame in 2004.

Cole’s late mother, Helen, was also a member of the Chickasaw Hall of Fame and served as a state representative, state senator and the Mayor of Moore in her native state of Oklahoma. Cole’s late father, John, served 20 years in the United States Air Force and worked an additional two decades as a civilian federal employee at Tinker Air Force Base.

Tom and his wife, Ellen, have one son, Mason, and reside in Moore, Oklahoma. 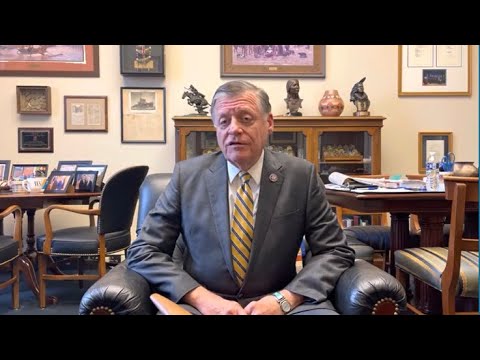 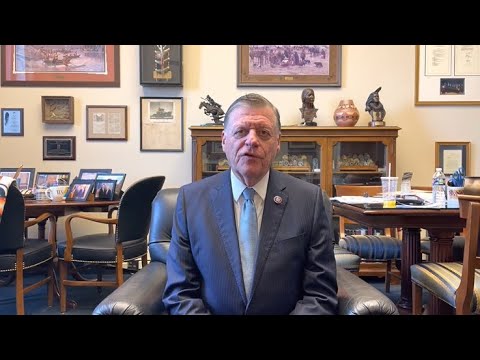 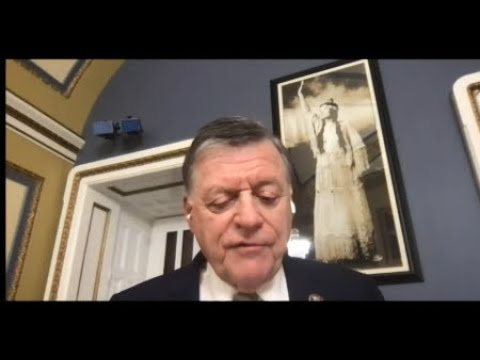 Play Video: Rep. Cole: "This is nothing more than an attempt to federalize all elections" 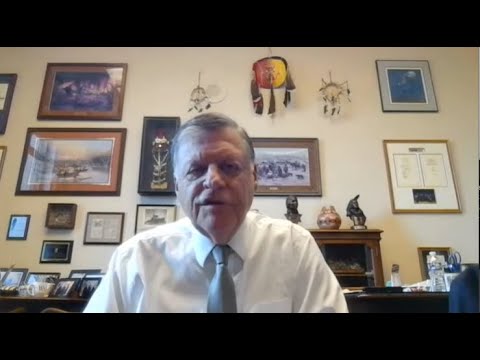 During #SchoolChoiceWeek, we recognize the importance of empowering parents to choose the best educational options… https://t.co/yRTTeyPpha

Was honored to recently receive the Friend of the Family Award from @FaithandFreedom for my commitment to preservin… https://t.co/VIVRiS72vt

With IRS tax filing officially starting this week, I wanted to provide constituents with some timely resources & in… https://t.co/q6bsJJWR1S

Was honored to attend the ribbon cutting ceremony earlier this month with Hilliary Communications for an infrastruc… https://t.co/pCd23BP7Bi