Thank You to Our Brave Law Enforcement!

Steve Scalise | Democrats don't have an impeachment case. There was no crime.

Steve Scalise | USMCA is a major victory for American workers

Steve Scalise | Only partisan impeachment of a U.S. President in our nation's history

Steve Scalise proudly represents the First Congressional District of Louisiana, stretching from the beautiful Northshore of Lake Pontchartrain and the culturally distinct New Orleans suburbs to the vibrant bayous and wetlands abundant in natural resources. He was elected to Congress in 2008 after serving in the Louisiana State Legislature from 1996-2008. He serves his colleagues as the House Republican Whip, the second highest position in House Republican leadership.

Scalise is a strong leader who upholds the Constitution, advocating for the principles of fiscal discipline, lower taxes, a robust national defense, and conservative values.

From the House repeal of Obamacare, to the reauthorization of the National Flood Insurance Program, to the largest pay increase for our troops in nearly a decade, to the historic passage and enactment of the historic Tax Cuts and Jobs Act – Scalise is focused on issues that affect Americans the most.

Scalise knows the importance of energy development to Louisiana, and the necessity to achieve American energy dominance. As a senior member of the House Energy and Commerce Committee, Scalise fights to enact a national energy strategy that increases the supply of American energy through enhanced production and technological innovation to lower prices at the pump and reduce our dependence on Middle Eastern oil.

Scalise is effective at working with Republican and Democrat colleagues to pass legislation on issues important to Louisiana. A steadfast defender of Louisiana’s coast, Scalise led the effort in the House to pass the RESTORE Act, which was signed into law in July 2012. The RESTORE Act dedicated the vast majority of Clean Water Act fines from the Deepwater Horizon oil spill to coastal restoration. This legislation is widely regarded as the single most significant action taken to restore Louisiana’s coast. Whip Scalise also is a strong supporter of revenue sharing and leads the fight in Washington to protect Louisiana’s GOMESA funding, ensuring that Louisiana has access to the hundreds of millions of dollars dedicated to restoring our coast.

Critically wounded at a Congressional baseball practice on June 14, 2017, Scalise was saved by a heroic response from U.S. Capitol Police Special Agents and Alexandria Police Officers. Scalise fought for his life and returned to Congress, inspiring the nation with his resilience and optimism. Throughout his recovery, he was moved by the outpouring of prayers and support he and his family received from the American people.

A native of Jefferson Parish, Scalise graduated from Archbishop Rummel High School and Louisiana State University, where he earned a degree in Computer Science and a minor in Political Science. Scalise and his wife, Jennifer, have two children, Madison and Harrison. 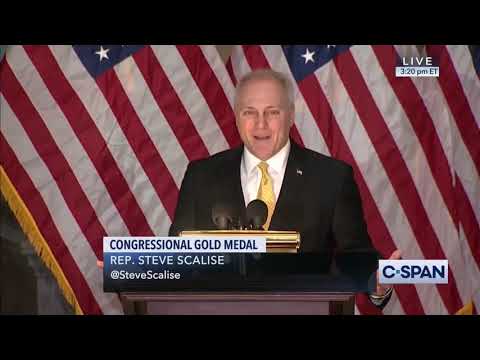 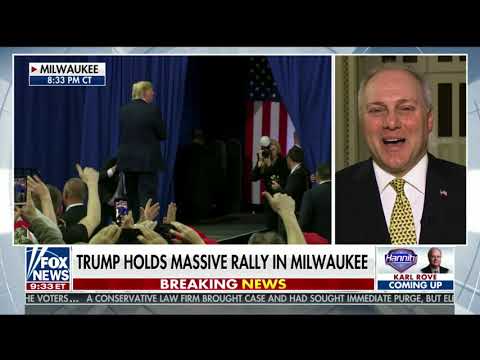 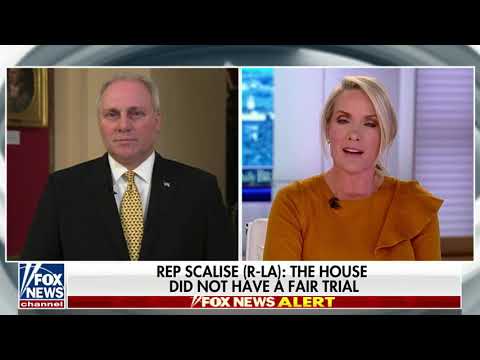 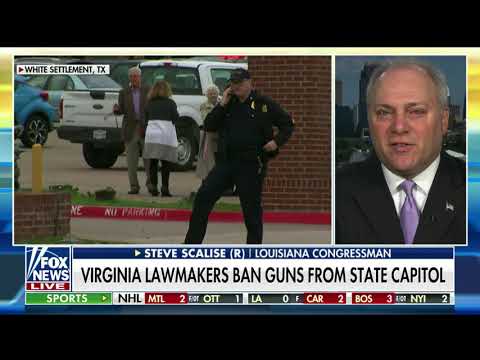 .@realDonaldTrump is on a roll. He worked with Mexico & got tough on border security. The result: Illegal crossings… https://t.co/NHAZ0mD7DV

While @SpeakerPelosi rammed through a dead-on-arrival healthcare bill to distract from impeachment, we introduced H… https://t.co/BiRTOKln1B

Religious freedom is a fundamental, uniquely American right established by our Founding Fathers in the First Amendm… https://t.co/KBy3ilF1Zm

The #USMCA just passed the Senate. It’s now headed to @realDonaldTrump’s desk! This is a big deal for America & I’m… https://t.co/PJ4CjEmlyT