A first-generation American citizen, Congressman Mike Garcia was a highly decorated United States Naval Officer and businessman before joining the United States House of Representatives. His superb flying performance earned him the honor of becoming one of the first F/A-18 Super Hornet strike fighter pilots in the Navy. While on active duty, Congressman Garcia flew over 30 combat missions during Operation Iraqi Freedom in the skies above Baghdad, Fallujah, and Tikrit.

A top graduate of Saugus High School, Congressman Garcia was nominated to attend the United States Naval Academy in Annapolis by former U.S. Representative Howard “Buck” McKeon. Graduating with a Bachelor’s degree while majoring in Political Science with a minor in Spanish, Congressman Garcia was in the top 3% of his class. Upon graduating from Annapolis, Garcia also attended graduate school at Georgetown University, where he earned a Master’s Degree in National Securities Studies.

After receiving his commission, Congressman Garcia attended flight school and was soon deployed as an F/A-18 strike fighter pilot aboard the USS Nimitz, a nuclear-powered aircraft carrier. Throughout his career, Congressman Garcia was lauded as one of the best leaders and most naturally-talented pilots in the U.S. Navy. He participated in combat operations during the first six months of Operation Iraqi Freedom in 2003. Accruing over 1,400 hours of operational flight time over nearly 20 years of active and reserve military service to our Nation, Congressman Garcia decided to separate from the Navy with an Honorable Discharge and focus on his family. He subsequently joined the Raytheon Company as an executive.

Throughout eleven years as an executive with Raytheon, Congressman Garcia was responsible for business growth and the creation of hundreds of jobs. Additionally, he has demonstrated a long track record of community service, business growth, and investment across the District.

Congressman Garcia is a native of Santa Clarita since his move to Saugus in 1983 with his mother and step-father at the age of seven. Since a young age, Congressman Garcia yearned to serve his nation. He views his role as Representative for California’s 25th District as a continuation of that lifelong desire as well as a sense of responsibility to give back to his local community. He lives in Santa Clarita with his wife, Rebecca, and their two sons.

2/2 The Virtual Evacuation Line continues to remain active & supportive in processing residents who are within the… https://t.co/DqgNmfqo6I

1/2 Residents of #CA25 effected by #BOBCATFIRE Fire in the Antelope Valley, the Evacuation Site is @ Palmdale HS an… https://t.co/kqSWZtUjSk 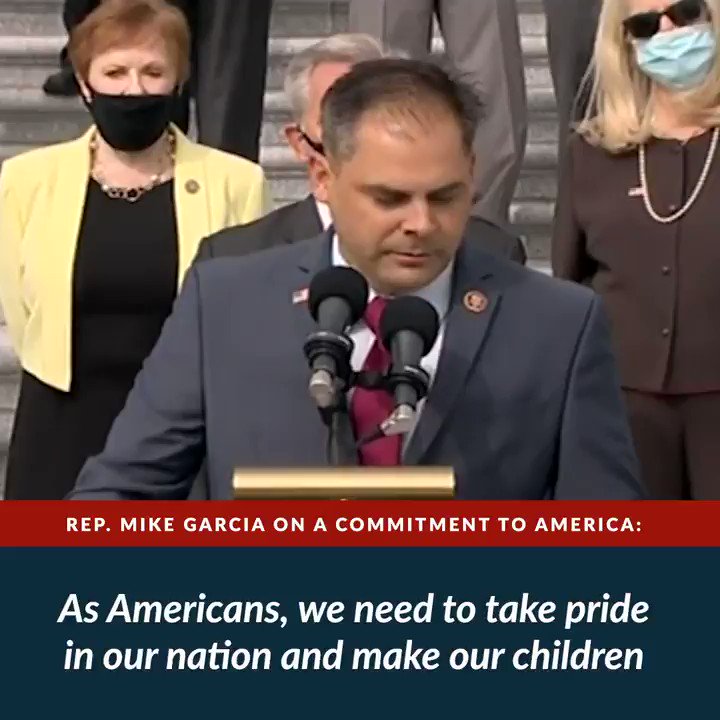 4/4 We have the Air Force to thank for standing up the @SpaceForceDoD which we hope finds a home in our beautiful 2… https://t.co/tJQbpdRDFr