Rep. Bost on Why He Supports Life

The Southern Illinois Children's Choir at the U.S. Capitol

Rep. Mike Bost is proud to represent the 12 counties of Illinois’ 12th District in the U.S. House of Representatives.  Sworn into office on January 6, 2015, Mike is continuing the fight for our Southern Illinois’ values in Washington – a fight he began in U.S. military, then as a first responder, a local job creator, and a state representative.

In the 116th Congress, Rep. Bost serves on three key committees: Agriculture, Veterans’ Affairs, and Transportation & Infrastructure.  Mike also serves on the following Subcommittees: Commodities, Exchanges, Energy, and Credit;  and Biotechnology, Horticulture, and Research under Agriculture; Oversight and Investigations, and as the lead Republican on Disability Assistance and Memorial Affairs under Veterans’ Affairs; and Highways and Transit; Railroads, Pipelines, and Hazardous Materials; Highways and Transit; and Water Resources and Environment under Transportation and Infrastructure.

Prior to his election to Congress, Rep. Bost served for two decades in the Illinois House of Representatives, rising to the leadership position of House Republican Caucus Chair.

Rep. Bost also served as a firefighter for the Murphysboro Fire Department.   He graduated from the University of Illinois’ Certified Firefighter II Academy in 1993 and continued to serve the Murphysboro Fire Department during his six terms as state representative.  Prior to that, Rep. Bost worked for 13 years at Bost Trucking Service, first as a driver and then for 10 years as a truck manager.

Rep. Bost is a lifelong resident of Murphysboro.  He graduated from Murphysboro High School in 1979.   After high school, he enlisted in the U.S. Marine Corps serving his country from 1979 to 1982.   He was trained as an electronic specialist and radar repairman and received an honorable discharge as a Corporal E-4.

In addition to his duties as a Member of Congress, Rep. Bost is very active in his church and community.   Rep. Bost and his wife, Tracy, own and operate a small business – the White House Salon – in Murphysboro. 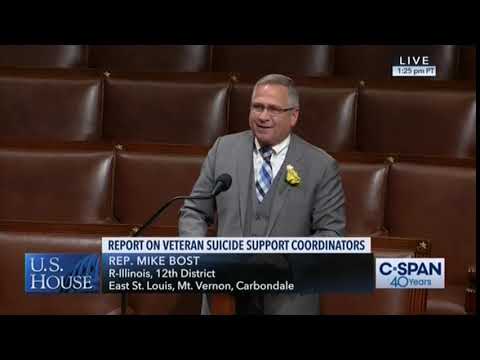 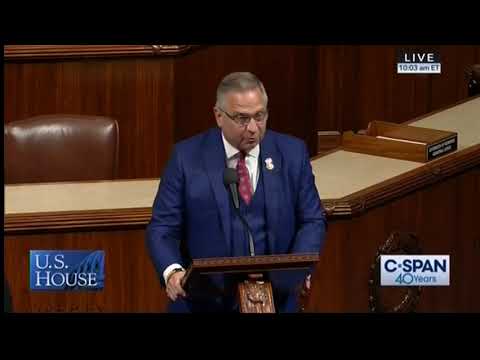 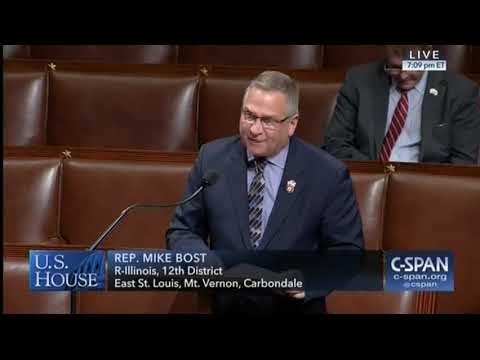 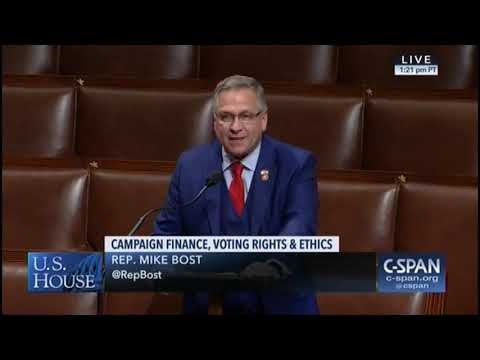 Sad news from St Clair Co, as IL-12 has its 1st reported COVID-19 death. This tragic loss confirms why it was criti… https://t.co/dZZ05HwcEz

Families are scared; small businesses are struggling; hospitals are fighting an uphill battle. While the bill wasn’… https://t.co/1aew07CS2Q

I’m here in Washington preparing for a vote on the coronavirus relief bill. Let’s get it done. https://t.co/iI3WyGvz1I 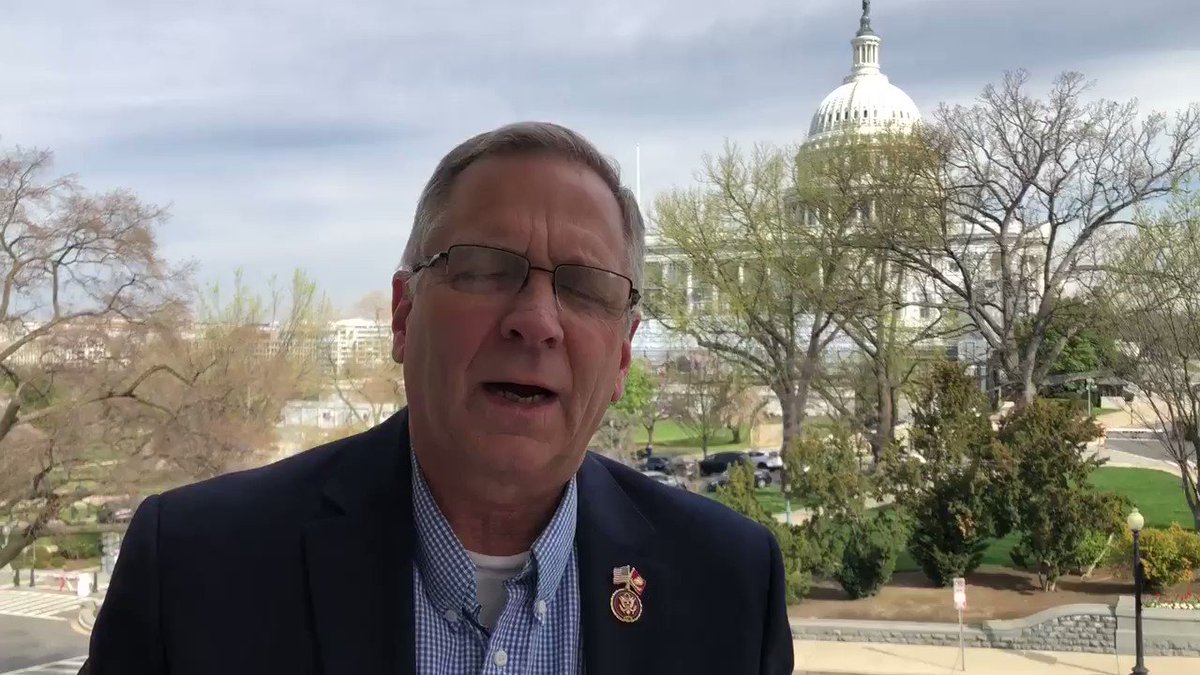 Took a 6am flight back to DC this morning with @RodneyDavis to help pass the coronavirus relief bill. https://t.co/HsWV1Ny1y5 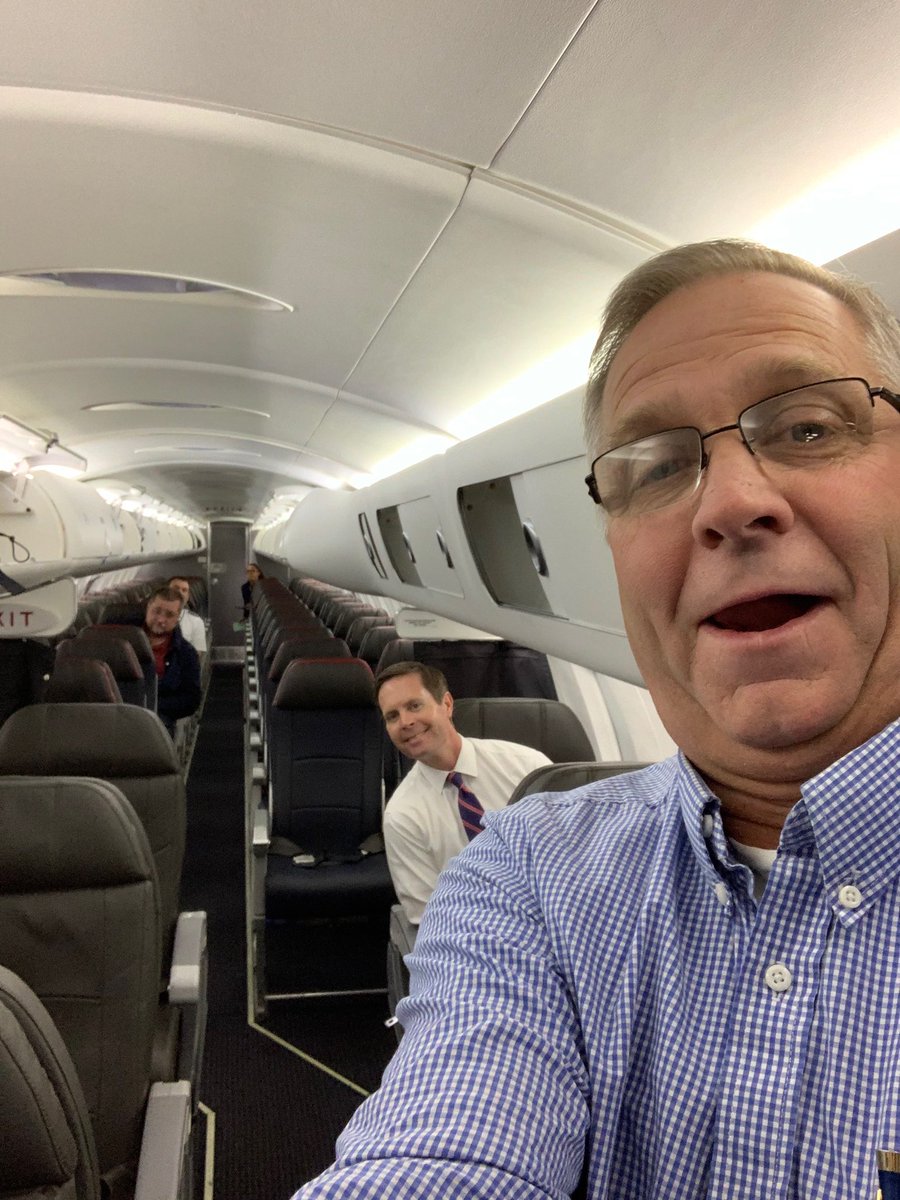