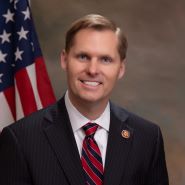 Congressman Michael Guest is serving his second term as the U.S. Representative for Mississippi’s Third Congressional District. Congressman Guest is a lifelong conservative Republican who believes in limited government, traditional Mississippi values, free market economic principles of lower taxes and fewer regulations, the right to life of the unborn, a strong national defense with full support of our men and women in the military, and our Second Amendment gun rights and all of the other individual liberties guaranteed to us by the Constitution. Congressman Guest quickly proved himself an effective legislator when he became the first Republican freshman House Member to pass a piece of legislation in the 116th Congress. The Terrorist and Foreign Fighter Travel Exercise Act of 2019, signed into law by President Trump, promotes the identification and determent of terrorist travel and enhances the United States government’s ability to respond to terrorism. As a staunch advocate for American border security, Congressman Guest introduced the Operation Stonegarden Authorization Act, which would support state law enforcement tasked with protecting the U.S.’s borders.

While taking an America-first approach to his service, Congressman Guest has focused on defending conservative principles and ideals from progressive activism. Congressman Guest has stood firm against the #DefundThePolice Movement, pro-abortion groups, Socialistic policies, and other progressive agenda items. Congressman Guest has been recognized by the Susan B. Anthony List and the Family Research Council for his pro-life stance, the National Rifle Association for his strong defense of our Second Amendment rights, and the National Federation of Independent Businesses for his support of pro-growth policies.

As a member of the Committee on Homeland Security, Congressman Guest works to protect our nation from foreign threats. While serving as District Attorney for Madison and Rankin Counties, Congressman Michael Guest earned a record for fighting for Mississippi’s families by prosecuting criminals—and he has taken that same spirit and determination to Washington, D.C., to fight for Mississippi in the United States Congress. Congressman Guest  is  committed  to securing our country’s southwest border to help curb the flow of illegal drugs into our communities, and he leads on this issue as a member of the Committee on Homeland Security’s Subcommittee on Border Security, Facilitation, and Operations. He is also a member of the Subcommittee on Intelligence and Counterterrorism.

Additionally, Congressman Guest serves on the Committee on Transportation and Infrastructure (T&I) where he takes an active role in promoting trade, economic growth, and broadband expansion across Mississippi. As a Congressman for a state that borders the Gulf of Mexico, the Mississippi River, and Tennessee River/Tennessee Tombigbee Waterway, with countless other rivers and streams, has three major interstates crossing it, and terminates multiple large rail lines, Congressman Guest is able to serve Mississippi well through his membership on the Committee. He also serves on two of T&I’s most influential subcommittees: the Subcommittee on Economic Development, Public Buildings, and Emergency Management and the Subcommittee on Highways and Transit.

Congressman Guest was appointed by House Republican Leader Kevin McCarthy to serve a second term on the House Committee on Ethics, which is the panel responsible for ensuring the integrity of the institution of the House of Representatives.

Congressman Guest is a Rankin County resident and a graduate of Brandon High School. He and his family are members of Brandon Baptist Church, where Congressman Guest serves as a Sunday school teacher for young men in high school. He received a degree in accounting from Mississippi State University and his law degree from The University of Mississippi. Congressman Guest is a member of the Rankin County Bar Association and the Mississippi Bar Association. He is married to the former Haley Kennedy of Brandon, and they have two sons, Kennedy and Patton. The Guests’ newest family addition is their dog, Winston Churchill. 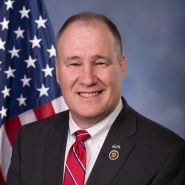 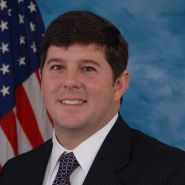