Representative Martha Roby (ROH-bee) is currently in her fifth term serving the people of Alabama’s Second Congressional District in the U.S. House of Representatives. Prior to being elected to Congress, Representative Roby worked as an attorney and served as a city councilman in her hometown of Montgomery.

In the House, Representative Roby has been a forceful advocate for cutting wasteful spending and eliminating bureaucratic red tape that burdens American families and businesses.

Representative Roby also serves on the House Judiciary Committee. She is currently Ranking Member of the Subcommittee on Courts, Intellectual Property, and the Internet.

In her short tenure in Congress, Representative Roby has distinguished herself as an effective legislator and messenger for the conservative cause. She exposed abuses in the scandal-ridden Veterans Affairs health system and has worked tirelessly to improve care for veterans, both locally and nationally. A fierce advocate for the military, Representative Roby led efforts to stop devastating cuts that threaten military readiness.

Representative Roby obtained a Bachelor of Music degree from New York University in 1998, and her law degree from Cumberland School of Law at Samford University in 2001. Representative Roby is married to Riley Roby, and they have two children, Margaret and George. The Robys are members of Trinity Presbyterian Church, where they were married, their children were baptized, and where they are involved in various ministries.

Wonderful news coming out of Alabama this morning! These infrastructure improvements will provide for continued suc… https://t.co/83jmAUm8Wz

As #HumanTraffickingAwarenessMonth continues, it's important that we educate ourselves on key indicators to look ou… https://t.co/Vz4zLQyO9G

REMINDER: Submission deadline for the 2020 Congressional Art Competition is around the corner! Make sure you have c… https://t.co/nuYFZJebcZ 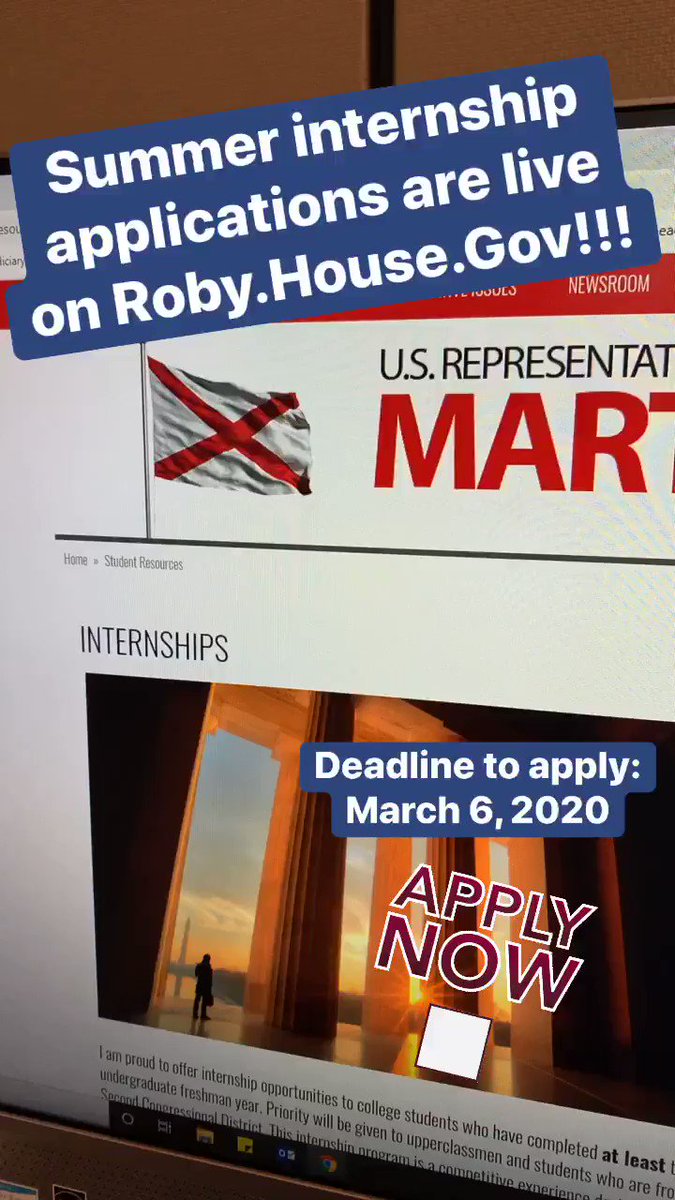 My office is now accepting internship applications! I highly encourage any student who may be interested to apply.… https://t.co/jjJ3ie41l7