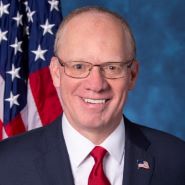 John Rose grew up in Cookeville, Tennessee in Putnam County and is a lifelong resident of Tennessee’s Sixth Congressional District. As a child, he worked with his father on their family farm in the Temperance Hall community in DeKalb County to continue the family farm’s 200-year legacy. John graduated from Tennessee Technological University in Cookeville with a bachelor’s degree in agribusiness economics. He went on to complete his Master of Science in agricultural economics at Purdue University and his Juris Doctorate at Vanderbilt University.

After law school, John co-founded Transcender Corporation, a company that earned the prestigious Music City Future 50 Award five consecutive years. Transcender Corporation was sold in November 2000 to Information Holdings, Inc. later becoming part of Kaplan, Inc., a wholly-owned subsidiary of Graham Holdings Company, formerly known as the Washington Post Company. Rose currently owns and is the president of Boson Software, LLC, which trains IT professionals across the country. In 2002, at the age of 37, he was appointed Commissioner of Agriculture for the State of Tennessee. He has chaired the Tennessee State Fair Association since 2010.

John and his wife Chelsea have always been active in their community and enthusiastic supporters of Future Farmers of America, the Tennessee State Fair, and Tennessee Technological University. Having long been involved in trying to make his community and state a better place in which to live, raise families, and prosper, John has often been disturbed by the disparity between politicians’ promises and the actual outcomes for our state and country. This concern led him to successfully run for Congress in 2018. His deep desire to fight for the next generation of farmers, entrepreneurs, and all young Americans is his constant inspiration, and he believes if Tennessee values are applied in Washington we will truly build a better future for our nation.

As a farmer, John believes in individual responsibility and getting burdensome Obama-era regulations and mandates off the books. He is an eighth-generation farmer and understands the pride found in hard work. He knows the challenges Tennesseans face when big government gets in the way.

As a businessman, John brings pragmatic, common-sense solutions to the table. He believes in getting things done efficiently, without wasting years on the same issue, and that operating more like a business will help America flourish.

As a political outsider, John understands he is in Washington not to score political points but to stand up for the good people of Tennessee’s Sixth District. John will stop at nothing to advance the next generation’s opportunities for a good job, the promise of a safe and secure nation, and greater freedom.

In a rare honor for a freshman Congressman, John has been named to one of the most powerful committees in Congress, House Financial Services. This appointment gives him a platform from which to advocate for affordable housing and push back on the onerous federal regulation of local community banks across the Sixth District.

As a first term Member of Congress, John looks forward to fighting for expanded rural broadband access and better infrastructure to create more and better jobs and a higher quality of life for everyday Tennesseans throughout the Sixth District. He believes we must secure our borders, stand for life, support our men and women in uniform, preserve the Second Amendment, and solve the crisis that is our national debt. With his Christian faith as his cornerstone, John is passionate about putting Tennessee values to work in Washington. He and his wife, Chelsea, continue to live in Cookeville with their son, Guy. 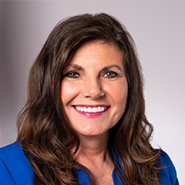 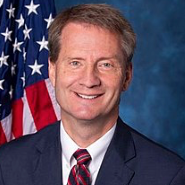 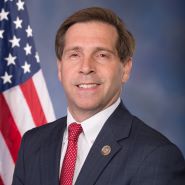 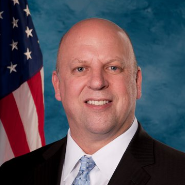 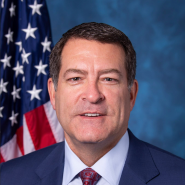 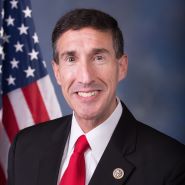