Ratcliffe: Democrats' Impeachment of Trump is a Huge Mistake

Democrats are impeaching Trump for exercising his legitimate authority

Release the Transcripts that Confirm the Whislteblower's Lies @Schiff

Ratcliffe: This Impeachment is the Founders' Worst Nightmare

Ratcliffe: Horowitz report is an indictment of Comey's FBI

Horowitz's report is in no way a victory for Democrats

Ratcliffe: This is the Thinnest, Fastest, Weakest Impeachment in History

Ratcliffe Questions Morrison and Volker in the Impeachment Inquiry

Ratcliffe: There's No Clear and Compelling Evidence for Impeachment

Rep. John Ratcliffe (R-Texas) has a proven record of conservative success throughout his extensive career in public service.

As the Mayor of Heath Texas, Ratcliffe balanced the budget for eight consecutive years without ever raising taxes.

As a U.S. Attorney and federal terrorism prosecutor, Ratcliffe put terrorists in prison, arrested 300 illegal aliens in a single day, and cracked down on drug trafficking and public corruption.

As a Member of the U.S. House of Representatives, Ratcliffe serves on the Intelligence, Judiciary and Ethics Committees, where he’s strategically positioned to defend the Constitution and keep America safe through legislative action.

As a champion of limited government, Ratcliffe has championed key conservative legislation while stepping up as a vocal leader in support of critical initiatives in Congress.

Ratcliffe has introduced dozens of bills on a range of issues that include measures to:

Crack down on fraud and abuse at federal agencies by requiring agencies to be transparent with the American people (All Economic Regulations are Transparent Act – passed U.S. House of Representatives)

“After more than two years of fighting in Congress to restore access to the life-saving equipment provided by the 1033 Program, I’m grateful we have a partner in President Trump who recognizes the importance of giving our brave men and women in law enforcement every tool they need to keep our communities safe.”  – Rep. John Ratcliffe, Aug. 28, 2017

As a top conservative voice in Washington, Ratcliffe has been recognized for his outspoken leadership and stalwart voting record against the status quo.

Ratcliffe was selected to deliver the Republican Weekly Address on the growing perils of Obamacare and why his colleagues across the nation must step up to repeal it.

His Separation of Powers Restoration Act was hailed by strong conservative leaders and groups as a landmark win for the Constitution.

His U.S.–Israel Advanced Research Partnership law has been praised by a multitude of groups, including AIPAC, as a huge step forward in the fight to enhance our country’s strategic partnership with Israel.

His relentless commitment to upholding justice in our legal system has been critical in the ongoing investigations surrounding Hillary Clinton’s use of an unauthorized server to store highly classified sensitive information.

Former chairman of the House Homeland Security Cybersecurity and Infrastructure Protection Subcommittee, where he continues to lead efforts to improve the security of federal networks and critical infrastructure, build a stronger cyber workforce, spur cybersecurity innovation in the federal government, and oversee the implementation of the Cybersecurity Act of 2015.

Ranking member of the House Judiciary Crime and Terrorism.

Ratcliffe’s work in Congress has been widely recognized through numerous legislative honors and awards, including:

FreedomWorks’ Congressman of the Month and FreedomFighter Award

Ratcliffe is the son of two school teachers and the youngest of six children. He attended the University of Notre Dame and later obtained a law degree from Southern Methodist University where he met his wife, Michele. They have two daughters and live in Heath, Texas. 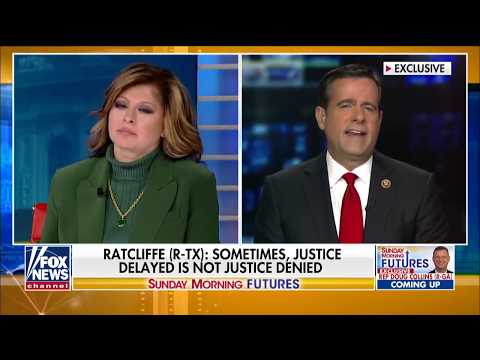 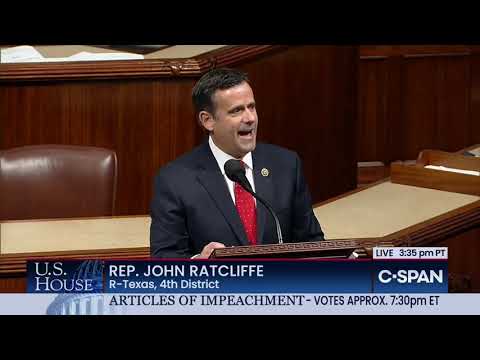 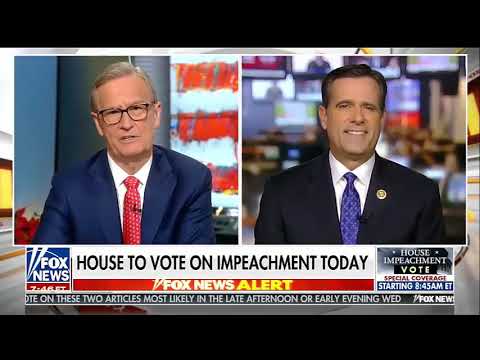 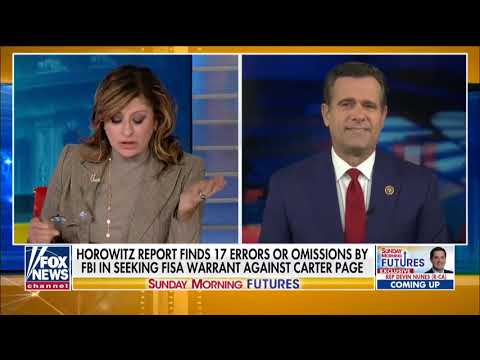 Glad to see the USMCA is finally on its way to President Trump's desk. I'm looking forward to the economic opportun… https://t.co/jCaEB2pRiy

Last night’s missile strikes were a glaring example of why we abandoned the Obama administration’s policy of appeas… https://t.co/JPp5Q3M6PJ

I’m incredibly grateful that no American or Iraqi lives were lost in the missile strikes launched by Iran last nigh… https://t.co/vS9UhB7rRs

Rep. John Ratcliffe: The Democrats are changing their minds on the trial rules https://t.co/mMoha8lyh5 @RepRatcliffe@SundayFutures @FoxNews