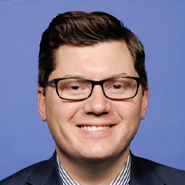 Congressman Jake LaTurner proudly represents Kansas’ 2nd District in the House of Representatives in his first term in office.

Congressman LaTurner is steadfast in his commitment to honoring his Contract with Kansas:

Congressman Jake LaTurner is a 6th-generation Kansan who was born and raised in Galena. Jake’s conservative values are shaped by his faith in God, devotion to family, and love of country. Jake and his wife, Suzanne, have four children: Ava, Joe, Maggie, and Gus.

Jake is a proud graduate of Pittsburg State University. During his time in college, he worked as a District Representative for former Congresswoman Lynn Jenkins. Following graduation, Jake went on to work for Watco, one of America’s top short-line rail companies. In that position, he learned the importance of putting the customer first.

Prior to serving in Congress, LaTurner served the people of Southeast Kansas in the State Senate from 2013-2017. As a State Senator, Jake helped pass welfare-to-work reform in Kansas. He also worked alongside the Kansas Farm Bureau to protect Kansas families and farmers by authoring and passing a lid on property tax increases.

Following his time as a State Senator, Jake proudly served as the 40th Kansas State Treasurer and was the youngest statewide elected official in America. During his tenure, he returned more than $45 million in money and valuables to Kansas taxpayers. 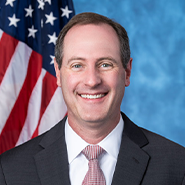 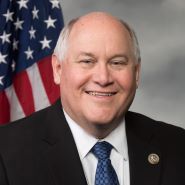