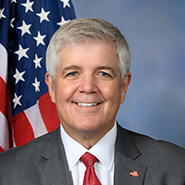 Cliff Bentz is a third generation Oregonian, raised on his family’s cattle ranches in Harney County. He attended Whitehorse Ranch and Pine Creek Grade Schools. At age 14, he was sent to live with an aunt and uncle so that he could attend Regis High School (a Catholic parochial school) near Salem, Oregon. While at Regis he lettered in basketball and track, served as student body president and as a delegate to Boy’s State. Following graduation from high school, he attended and graduated cum laude from Eastern Oregon State College. While in college, he served as student body president, as a student member of various student activity committees, and as a member of the honors program. Following college, he attended and graduated with a juris doctorate from Lewis and Clark Law School in Portland, OR. He joined the Yturri, O’Kief, Rose and Burnham law firm in Ontario, OR in 1977, and he became a partner four years later. As an attorney, he specialized in ranch reorganizations and water law. He is a member of the Oregon and Idaho Bar Associations.

In January of 2008, Cliff Bentz was appointed to the Oregon House of Representatives District 60 seat, and later that year, he was elected to his first of five two-year terms as Oregon State Representative. While in the House, he served on the Revenue, Transportation, Energy and Environment, Legislative Counsel, and Joint Tax Credits committees, and as a member and chair of the Legislative Council on River Governance, the Oregon Hunger Task Force, and other committees and work groups. He resigned from the Oregon House of Representatives in 2018, when appointed to fill the Oregon State Senate District 30 seat. While in the Senate, he served on Finance and Revenue, Judiciary, Energy, and the Joint Tax Credits committees, among others. He resigned from the Oregon State Senate on January 2, 2020, to campaign full-time for Oregon’s Second Congressional District.