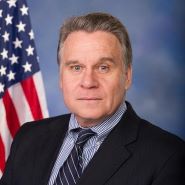 On Fox News with Laura Ingraham: Smith slams Biden for plans to surrender US sovereignty to WHO

On House Floor: Rep. Smith presses for immediate indictment and prosecution of Putin for war crimes

Remarks by Rep. Chris Smith (R-NJ) to Kalinowski Forum at the Lithuanian Parliament

Elected in 1980, U.S. Rep. Chris Smith (R-Hamilton, N.J.) is currently in his 21st two-year term in the U.S. House of Representatives, and serves residents of the Fourth Congressional District of New Jersey. In 2019-2020’s 116th Congress, Mr. Smith served as a senior member on the Foreign Affairs Committee, and is Ranking Member of its Africa, Global Health, Global Human Rights and International Organizations Subcommittee. He served as the Co-Chair of the Tom Lantos Human Rights Commission, and Ranking Member of the bipartisan House/Senate/White House Congressional-Executive Commission on China (CECC), serving as chairman twice, and also serves as “Special Representative” on Human Trafficking for the OSCE Parliamentary Assembly. Previously, he served as Co-Chair and highest-ranking House member of the bipartisan House/Senate Commission on Security and Cooperation in Europe (CSCE) serving as chairman five times, and served as Chairman of the Veterans Committee (two terms), the Foreign Affairs’ Subcommittee on Human Rights and International Operations, and the Subcommittee on Africa. Committee and commission assignments in the 2021-2022’s 117th Congress are yet to be finalized.

According to the independent watchdog organization Govtrack, as of January1, 2021 Mr. Smith ranks second among all 435 Members of the House over the last two decades in the number of laws authored. According to the official Congress.gov website run by the Library of Congress, Rep. Smith has authored 47 laws.

In 2019, his Frederick Douglass Trafficking Victims Prevention and Protection Reauthorization Act (House of Representatives 2200 or HR 2200, now Public Law (PL) 115-425)  was signed into law by the President in January 2019. The law authorized $430 million over four years for a comprehensive whole-of-government effort to fight sex and labor trafficking at home and abroad. Rep. Smith is the author of five of America’s comprehensive anti-human trafficking laws, including the landmark Trafficking Victims Protection Act of 2000 (TVPA, PL 106-386), a groundbreaking law designed to prevent modern-day slavery, protect victims, and enhance civil and criminal penalties against traffickers. He is also the prime sponsor of the law that first reauthorized of the landmark Violence Against Women Act (VAWA), Division B of his TVPA of 2000.

In 2018, after two years of effort, Congressman Smith’s Iraq and Syria Genocide Relief and Accountability Act (PL 115-300) (HR 390), to ensure ISIS genocide victims in Iraq and Syria receive humanitarian relief and to hold the perpetrators accountable for their crimes, was enacted into law in December 2018. His bill, HR 6651, the President’s Emergency Plan for AIDS Relief (PEPFAR) Extension Act of 2018 (PL 115-305), a five-year extension of PEPFAR, was also signed into law that same day. In March of 2018, key provisions from Rep. Smith’s Kevin and Avonte’s Law (HR 4221) were signed into law as part of the Consolidated Appropriations Act, authorizing $10 million in funding over five years for the Missing Americans Alert Program which helps protect and locate children with Autism and elderly persons with Alzheimer’s who wander. In February of 2018, a legislative provision from Rep. Smith’s Federal Disaster Assistance Nonprofit Fairness Act, to give houses of worship fair access to disaster relief after a federal declaration, was signed into law as part of the Bipartisan Budget Act.

In 2016, Congressman Smith’s International Megan’s Law to Prevent Child Exploitation and Other Sexual Crimes Through Advance Notification of Traveling Sex Offenders (PL 114-119) (HR 515), was passed by both houses of Congress and enacted into law to protect children in the U.S. and around the world from convicted pedophiles who travel in or out of the United States unbeknownst to law enforcement officials. The law capped an eight-year effort to finally enact international notification legislation that draws on current federal and Megan’s Laws in all 50 states that require public notice when a sex offender moves into a U.S. neighborhood. Megan lived in the Fourth Congressional District.

Mr. Smith is the author of the Stem Cell Therapeutic and Research Reauthorization Act of 2015 (HR 2820), which was signed into law as PL 114-104 on Dec. 18, 2015 and authorizes funding of $265 million for cord blood and stem cell research and treatment over five years. He wrote the first Stem Cell Therapeutic and Research Act of 2005 (PL 109-129) (HR 2520) which established a nationwide program for ethical research and treatment using umbilical cord blood and bone marrow cells. That landmark law was reauthorized in September, 2010 for another five years.

In 2014, Smith saw over five years of work come to fruition in the House and Senate passage and enactment of his groundbreaking Sean and David Goldman International Child Abduction Prevention and Return Act (PL 113-150) (HR 3212), to help bring American children unlawfully taken out of the U.S. to foreign countries back home. Smith’s law was named after a Monmouth County father and son who had been kept illegally separated by a non-custodial parent. Final passage of HR 3212 was July 25, 2014.

Congressman Smith authored the Autism Collaboration, Accountability, Research, Education and Support Act of 2019, which was signed into law in September 2019. It authorized $1.8 billion in funding over five years to help children and adults with autism by funding research, early detection and treatment. Additionally, other three autism laws which Cong. Smith wrote passed in 2000, 2011, 2014 and have funded millions of dollars for autism research. All four have their origins from an Ocean County family managing two children with autism. In 2014, Smith saw his legislation, HR 4631, the Autism Collaboration, Accountability, Research and Education (CARES) Act (PL 113-157) pass the House, then the Senate, and enacted into law. The bill funded $1.3 billion over five years for research into the causes of autism. In October 2011, Smith’s bill, HR 2005, the Combating Autism Reauthorization Act (CARA) of 2011 (PL 112-32), was signed into law, a follow-up to his Autism Statistics, Surveillance, Research, and Epidemiology Act (ASSURE) of 2000 (PL 106-310), HR 274.

A lifelong New Jersey resident, Chris Smith was born in Rahway and grew up in Iselin. He lives in Hamilton with his wife Marie. He graduated the College of New Jersey with a degree in business administration and spent a semester abroad at Worcester College in England.  Smith was Director of Institutional Sales at his family owned sporting goods company and served as Executive Director of the New Jersey Right to Life Committee. 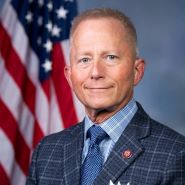 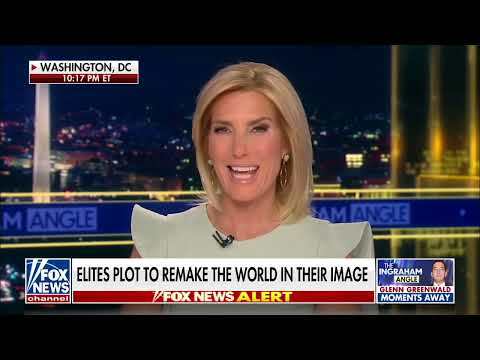 Play Video: On Fox News with Laura Ingraham: Smith slams Biden for plans to surrender US sovereignty to WHO 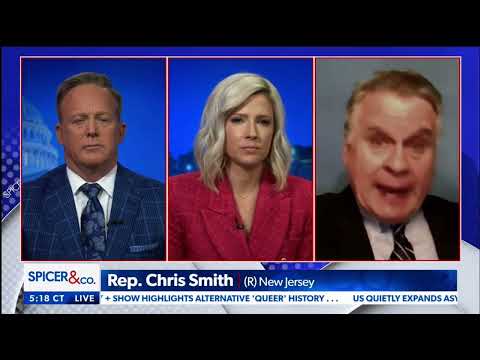 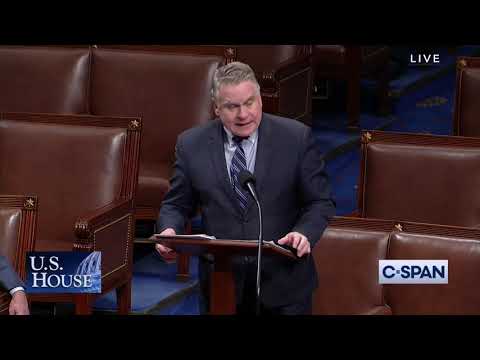 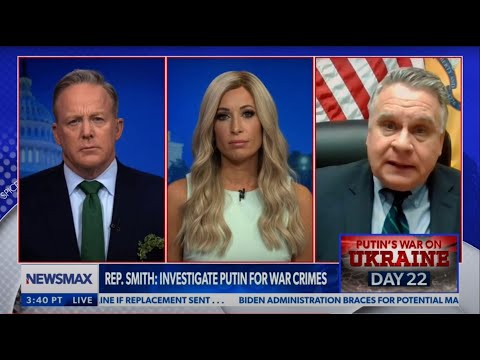