President Biden: What are your contingency plans in Afghanistan?

Rep. Latta on C-SPAN's The Communicators

Latta: These robocalls have to stop

Since 2007, Congressman Bob Latta has served the people of Ohio’s Fifth Congressional District in the United States House of Representatives. Congressman Latta is a member of the House Energy and Commerce Committee where he plays an intricate role in crafting the nation’s energy, telecommunications, environment, health care, and interstate commerce policy. Latta is Republican Leader of the Subcommittee on Communications and Technology, where he advocates for policies that help consumers, grow our economy, and spur innovation.

Latta is also a member of the Subcommittee on Energy and the Subcommittee on Consumer Protection and Commerce, which he chaired last Congress. Along with his committee positions, Congressman Latta is a Deputy Whip and Co-Chairs the Rural Broadband Caucus and the Congressional Propane Caucus.

Throughout his tenure, Congressman Latta has advocated for the interests of the people of Northwest and West Central Ohio through policies that further economic prosperity and job creation. His top priorities include balancing the budget, maintaining a strong national defense, and implementing commonsense government reforms.

Latta believes that hearing from constituents is essential to representing them in Congress and has held more than 1,000 meetings in Ohio’s 5th Congressional District since 2012. He also has held more than 130 Courthouse Conference one-on-ones with constituents where he is available to answer questions, discuss issues, and help solve problems with Federal agencies.

Congressman Latta has had more than a dozen bills signed into law during his Congressional tenure.

As a Member of the Energy and Commerce Committee, Latta worked with his colleagues to pass landmark legislation to combat the opioid crisis. Included in that bill was legislation he authored, the INFO Act, which helps provide needed data and information to those on the front lines of this crisis.

Latta has championed efforts in Congress to protect Lake Erie and improve water infrastructure in Ohio. Latta-authored legislation that was signed into law, the Drinking Water Protection Act, assesses and manages the risk of algal toxins in drinking water. In addition, provisions he authored to provide communities more flexibility to fund water projects were signed into law by President Trump in the 115th Congress.

Latta also wrote the Safeguarding America’s Pharmaceuticals Act, a law that established a tracking system for pharmaceutical drugs through the supply chain to prevent adulterated and counterfeit drugs from endangering Americans.

Other laws that Congressman Latta has authored have ensured Ohioans have access to propane during the coldest parts of the winter, helped farmers use cutting-edge technology, and provided the Department of Homeland Security with needed tools to prevent terrorist attacks.

Latta is a steadfast advocate for our nation’s veterans, authoring legislation passed by the House to expedite the processing of VA appeals claims and taking action to ensure Ohio veterans that are suffering from cancer can receive health care closer to home. Latta also wrote legislation to expand access to Tri-Care for national guard members.

Congressman Latta is an avid sportsman and lifelong resident of Northwest Ohio. He and his wife Marcia live in Bowling Green and they have two daughters, Elizabeth and Maria. 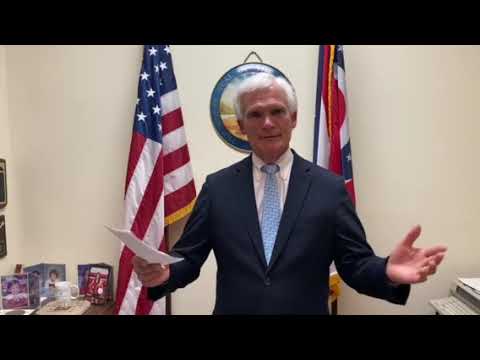 Play Video: President Biden: What are your contingency plans in Afghanistan? 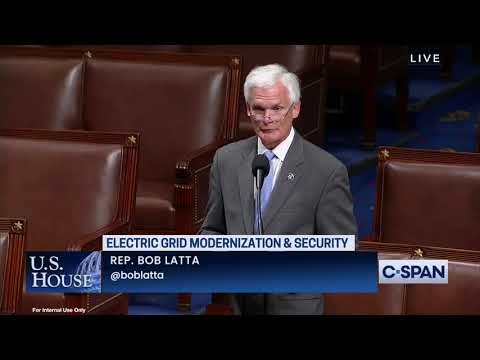 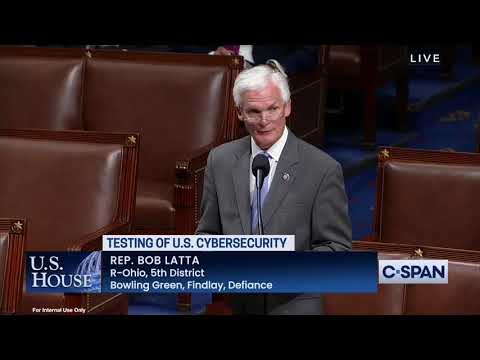 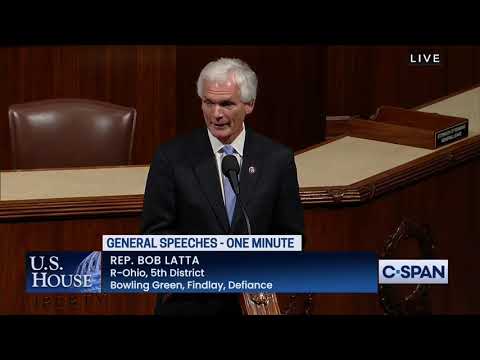 It's time to reopen the U.S. Capitol to the American people. Today, I'm leading a letter with @boblatta & 60+… https://t.co/VsxCnizjdh

This morning @MikeKellyPA & I penned a letter to the Attending Physician Brian Monahan to "immediately issue up-to-… https://t.co/OdBeSYeLR8

The U.S. Capitol is the symbol of our Democracy, filled with 222 years of history. Due to COVID restrictions, it ha… https://t.co/0lHXuStsf1

As Beijing is preparing to host the 2022 Winter Olympics, @cathymcmorris and I led a letter to @NBCUniversal to inq… https://t.co/GhlrSkbfEz

U.S. citizens need a photo ID to vote, open a bank account, and fly on an airplane. On Friday, @TSA acknowledged… https://t.co/NWP38PFNKv