Congressman Gibbs Speaks on the House floor for the SHARE Act

Rep. Gibbs Remarks on the Need for Offshore Energy Production

Gibbs Remarks at Agriculture Hearing on the Future of CFTC

Congressman Gibbs on Our Need to Cut Spending

Bob Gibbs is the U.S. Representative for the 7th District of Ohio and was sworn into office January 5, 2011.

Gibbs is also a member of the Republican Study Committee, a group of over 175 House Republicans organized for the purpose of advancing a conservative social and economic agenda in the House of Representatives. The Republican Study Committee is dedicated to a limited and Constitutional role for the federal government, a strong national defense, the protection of individual and property rights, and the preservation of traditional family values.

A resident of Holmes County for 40 years, Bob brings three decades of business and leadership experience to Congress. A graduate of Bay Village Senior High School, Bob graduated from The Ohio State University Agricultural Technical Institute in 1974. He worked in the animal science department at the Ohio Agricultural Research and Development Center in Wooster before venturing out on his own as a self-employed farmer, predominately producing market hogs.  He and his wife, Jody, have been married 40 years and have three grown children.

As the owner/operator of Hidden Hollow Farms, Bob began to take an active role in promoting agriculture throughout Ohio. From 1985-2001, Bob served on the Board of Trustees of the Ohio Farm Bureau, making him one of the more well-known and informed advocates of agriculture in Ohio. He also served as President of the Ohio Farm Bureau Federation for two terms starting in 1999.

As a small businessman and farmer for over three decades, Bob took his knowledge and advocacy of Ohio agriculture to the next level. Beginning in 2003, he served three terms in the Ohio House of Representatives before being elected to the Ohio Senate in 2008.

During his time in the Ohio Legislature, Bob continued his strong advocacy for both agriculture and small business. Bob served as the Chairman of the Senate Ways and Means Committee and was Vice-Chairman of the Senate Agriculture Committee. He also served on the Highways and Transportation Committee, the Education Committee, as well as the Environment and Natural Resources Committee. Bob’s legislative priorities have always been to reduce the tax burden on Ohio’s businesses and he achieved that by co-drafting the largest income tax reduction in the state’s history and successfully overhauling the way businesses have to process sales taxes.

Bob is a member of Farm Bureau, many Ohio Chambers of Commerces, Pheasants Forever, the National Rifle Association and the United Methodist Church. 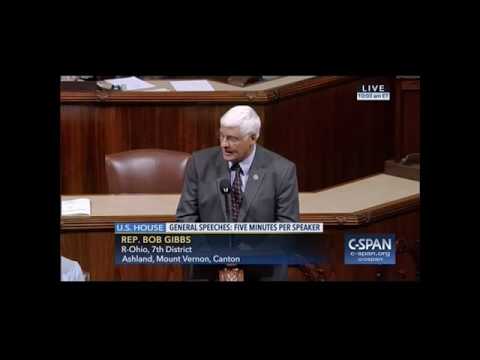 Play Video: Health Care Reform - We have to do this for the American people 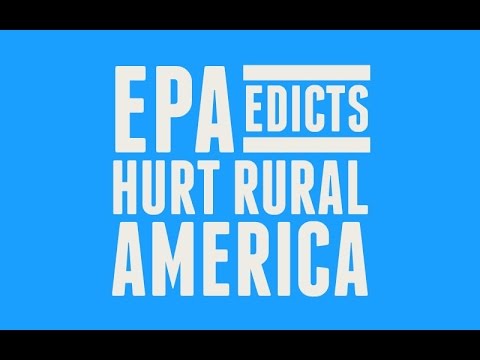 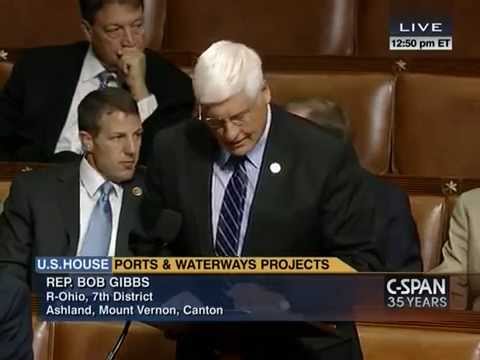 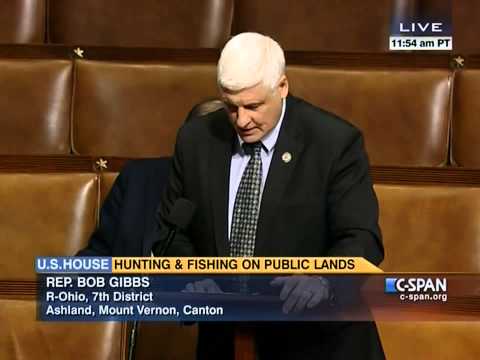 Play Video: Congressman Gibbs Speaks on the House floor for the SHARE Act

We need accountability and transparency: Shorten the reporting period to 24 hours after a transaction. And make the… https://t.co/l1FjBv3RFc

Elected officials should not be profiting off inside information, which is why insider trading is illegal. Former M… https://t.co/zE62bcbDsM

NEW in @DailyCaller: I introduced a bill this AM to impose draconian fines on those in Congress who don't file inve… https://t.co/4YKWZIpfnd

“My bill will require the reporting within 24 hours of the sale or purchase of stock. Firstly, this isn’t the 1980s… https://t.co/Agoq8w06wp