Rep. Long speaks about the rising cost of the Democrats' spending plan

Rep. Long speaks about unnecessary regulations for farmers and ranchers

21st Century Cures must be a priority

Congressman Long was born and raised in Missouri’s 7th Congressional District where he proudly serves his constituents today.

Congressman Long has always believed we need more lawmakers in Washington, D.C. with real-world experience. He owned and operated auction and real estate businesses in southwest Missouri before running for office.

Voted ‘Best Auctioneer in the Ozarks’ 9 years straight, it’s no surprise he has been inducted into both the National Auctioneers’ Association Hall of Fame and the Missouri Professional Auctioneers’ Association Hall of Fame. His motto in the Auction business was “When you want it done right” and that attitude holds today. While he’s known for his unconventional, out of the box thinking, it all gets back to trying to do his best whether that’s selling grandma’s antiques or negotiating with his colleagues on Capitol Hill for the best outcome for his constituents. He’s known for his good nature and humor in Washington which both serve him well when negotiating with colleagues on the other side of the isle.

For six years, he co-hosted the top rated morning drive time radio call in show ‘Morning Line’ with his co-host Bonnie Bell’ in Springfield on AM560 KWTO “Keep Watching The Ozarks” – which covered 95 counties and part of four states. Engaging with folks for 30 years while booking auctions, selling real estate and taking their calls on air gave him a vast knowledge of what was on folks minds and what was important to them.

Billy has always believed that the principles of life, liberty, freedom and the power of the individual are values that we need to protect. As a result of his conservative track record, he has received countless awards from organizations such as the American Conservative Union, FreedomWorks, the National Federation of Independent Businesses, Safari Club International and the U.S. Chamber of Commerce. As the awards continue to pile up, he considers the true reward is being in a position to help people.

Congressman Long sits on the House Energy and Commerce Committee where he serves on three crucial subcommittees: Communications and Technology, Health, and Oversight and Investigations. 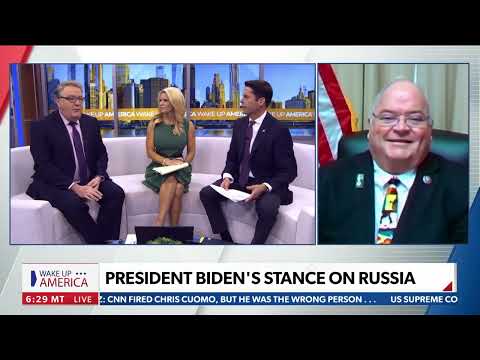 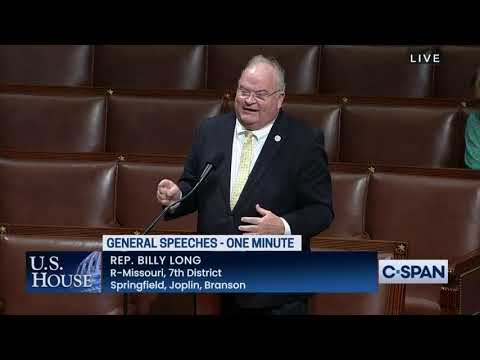 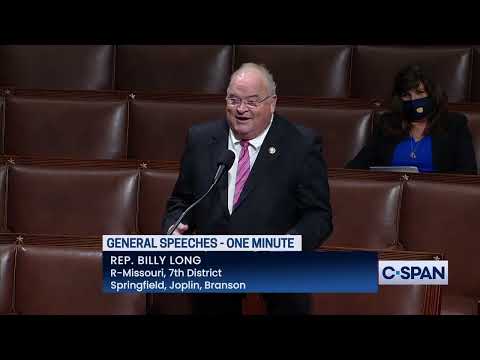 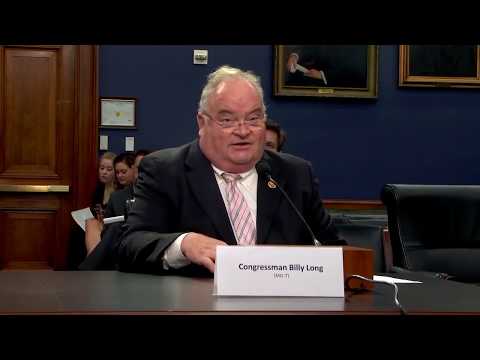 January 20, 2021 A Date Which Will Live In Infamy. This week in Long's Short Report, I review President Biden's fir… https://t.co/mK8PjbspTq

I never understood abortion in 1973, and I don’t understand it now. Taking an innocent human life is incomprehensib… https://t.co/apXefbAIGj

The FIRST of our three inalienable rights listed is LIFE. And it’s up to us to fight to protect the lives of vulne… https://t.co/rgVuBiXmzo

Because of technology today we can see a baby develop day-by-day in the womb. Abortion doesn’t follow the latest re… https://t.co/rtLpGelxE7

The Biden Administration broke its promises to open schools and "shut down" the virus. Biden's worsening Covid Cris… https://t.co/q7jeL5o7II