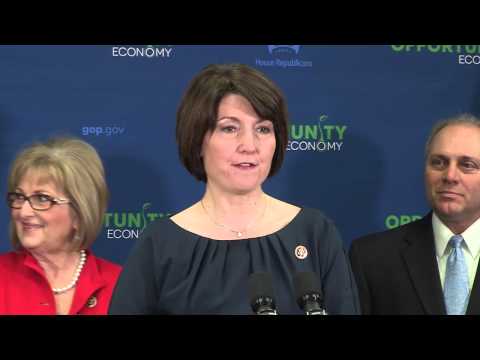 “The people are different, but their stories are the same: Obamacare has made their lives worse. That’s why the Balanced Budget for a Stronger America repeals Obamacare and makes the government accountable to you.”

“This week marks the five-year anniversary of President Obama’s failed health care law. So today I’d like to read the words of Americans in all corners of this country whose voices deserve to be heard.

“A woman from Georgia writes: ‘I am a 62-year old widow and only make $8.79 an hour. I have lost my insurance and cannot afford to pay for this. A man from Pennsylvania says: ‘My family’s health coverage was cancelled, and my new health care premiums increased 85% thanks to Obamacare.’ A husband from California writes: ‘Our health care costs were affordable until this law came along – now the increase in costs put a serious hurt on our budget. And a young family from my home state of Washington was over-billed by the state exchange and for three days had no money for food, gas, or medicine.

“The people are different, but their stories are the same: Obamacare has made their lives worse. That’s why the Balanced Budget for a Stronger America – which we’re bringing to the floor this week – repeals Obamacare and makes the government accountable to you. American families all across this country budget their money so they can pay their bills, afford their co-pays at the doctor’s office, and send their kids to school. They prioritize. They save. And they live within their means. Now it’s time for the federal government to do the same thing.”