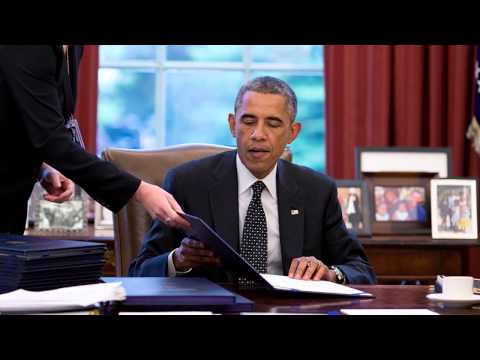 “We can surely find ways to work together on issues where there’s broad agreement among the American people.” — President Barack Obama, November 5, 2014

It was the day after the 2014 midterm election. The American people sent a message loud and clear to both Democrats and Republicans in Washington, D.C: it’s time to work together.

Three months later, the President seems to have forgotten his own words. The Washington Times reported Sunday that “no other president in recent times has signaled the use of his veto pen so often in the early days of a congressional session.”

One of those threats is a bill to approve construction of the Keystone XL Pipeline, a project the House will vote on – for the 11th time – tonight. This time, however, the bill will travel to the President’s desk.

CBS News, Jan. 9-12, 2015.  “Do you favor or oppose building the Keystone XL pipeline that would transport oil from Canada through the United States to refineries in Texas?” Favor: 60 percent. Oppose: 28 percent.

USA Today/Princeton Survey Research Associates International, Nov. 13-16, 2014.  “Should Congress and President Obama approve construction of the Keystone XL pipeline that would transport oil from Canada’s oil sands region through the Midwest to refineries in Texas, or not?” Yes: 60 percent. No: 25 percent.

Mr. President, it’s time to work together and focus on the American people’s priorities. This is a good time to start.