Today we thank America for existing, and celebrate the men and women who helped make it the greatest experiment in self-governance the world as ever known. 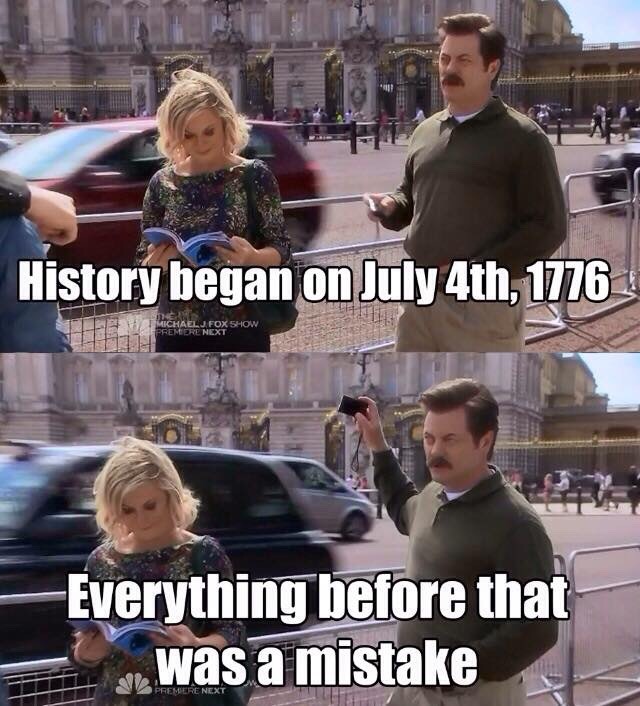 In a few hours we’ll be joining you for fireworks and all-you-can-eat potato salad and bbq. But first, to get you into the spirit of things, let’s recap a few of the more American moments of the last month here in the nation’s capital.

In May, Reps. Scott Rigell (R-VA) and Reid Ribble (R-WI) rode their Harley-Davidson motorcycles on the East Front of the Capitol on their way to votes. 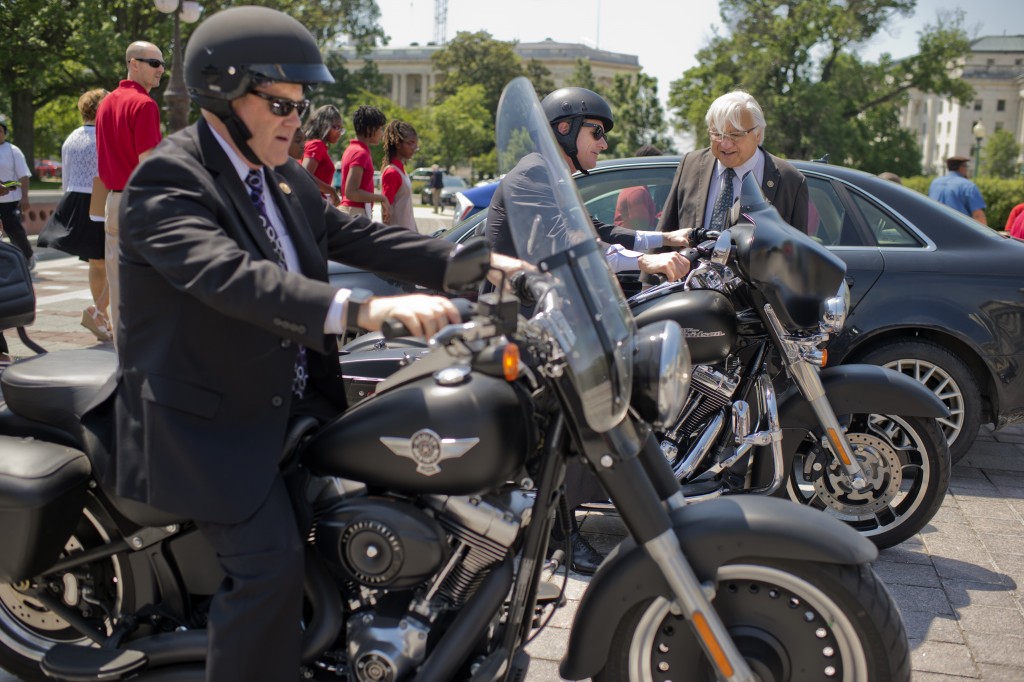 The pair joined in on the Rolling Thunder Memorial Day ride, an annual event to remember the POW/MIAs from the Vietnam War.

There are few things more patriotic than our national bird, the eagle.

It’s been the inspiration for songs… …and outfits for sporting events (Hey, the Olympics are coming up…#JustSayin) Our eagle is so beloved that we even set aside a day specifically to honor it. June 20 was National American Eagle Day. Check out our sweet graphic:

The annual Congressional Baseball Game for Charity was on June 23. Not only is baseball America’s pastime, it’s an opportunity for some innocent partisan fun.

The people watching (and signs) never fails to entertain: And to top it all off, the Republicans won the game for the first time in nearly a decade!

It wouldn’t be Independence Day without talking about tough as nails Rep. Martha McSally (R-AZ).

When she isn’t breaking down barriers and showing the military what women are made of, she’s actively involved in shaping our national security policy. Click here to hear a snapshot of her inspirational story.

At the core of everything – our revolution, our government system, and the independent spirit of Americans everywhere – is the fundamental belief in “We, the People.” Not a belief in this guy:

While today may be about a different document, the Constitution embodies the spirit of Independence Day.

In June, House Republicans rolled out our constitutional authority agenda, A Better Way to Do the People’s Business, aimed at making the American people — not cubicle-dwelling bureaucrats — the heart and soul of lawmaking.

Now about that bbq….