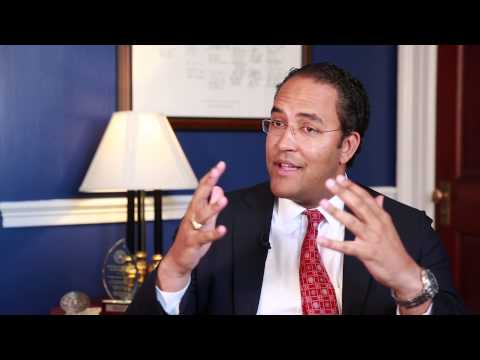 America’s New Congress is filled with hundreds of Members and thousands of stories. Each week, GOP.gov will introduce you to a new House Republican with “10 Questions.”

Born and raised in San Antonio, Texas, Will is a proud product of Texas’s public school system. Prior to being elected to his first term in 2015, he served as an undercover officer in the CIA and later became Senior Advisor with a cybersecurity firm.

1. Who is your biggest influence?

My mom and dad are by far the biggest influences in my life. My dad is 83 and my mom is 72 and they taught me to always be honest, treat people right and have a positive mental attitude. I still go to them when I need advice.

2. How are you celebrating July 4th this year?

I’m celebrating Independence Day with some of the most independent people on the planet, residents of the 23rd Congressional District of Texas! I’ll be walking in a few parades in Medina County then cooking out with friends and family and end the day watching fireworks from my backyard.

3. If we were to empty your pockets, what would we find?

My ever-present red MOD notebook, my android phone, a money clip, Blistex, my car keys and a handkerchief (I have horrible allergies and I’m been carrying a handkerchief in my pocket since I was 4).

4. What’s one piece of advice that has helped shape the course of your life?

After I left the CIA few years ago, I asked dozens of people for advice on what I should pursue next. The best piece of advice I got was, “I don’t know what you should do, but whatever you do, it should be meaningful and hard.” I realized afterwards that I had been following that maxim for most of my life and since it had never led me wrong, there was no reason to stop now. That idea is uppermost in my mind every day as I serve the people in Texas 23.

5. What are your summer barbecue essentials?

I’m no chef, so when it comes to barbecue, I go to the experts – my brother and dad. But if I’m showing off, I’ll grill chicken with jalapeno and pineapple.

I have always wanted to travel to Peru and visit Machu Picchu. That would be amazing.

7. Who is your favorite president?

George Washington. He held this nation together and set an example by walking away from ultimate power on multiple occasions.

8. What is the most important–but under-reported—policy issue you work on?

IT procurement, for sure. When I learned that the federal government is spending $80 billion a year on IT systems, and that 80 percent of that is for legacy systems, I made it a goal of mine to fix it. It’s ludicrous that we’re talking about cutting Pell grants while wasting billions of dollars on outdated IT.

9. What about Capitol Hill has surprised you the most?

How kind everyone is to each other, even with dealing with colleagues across the aisle. We may disagree on policy, but I appreciate the level of respect we have for each other.

A day off? What’s that? When I do get a day off, I try to find a pickup basketball game and then hang out with my folks, brother, sister, nieces and nephews. I’ll probably catch up on some of the random shows I like to watch too.

Check out our previous editions of 10 Questions: