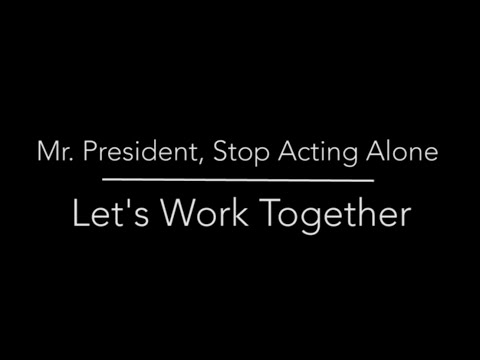 WASHINGTON D.C.– House Republican Conference Chair Cathy McMorris Rodgers (R-WA) today released a new video imploring the President not to issue an executive action on immigration, but to instead work together as the American people expect.

The video highlights the President’s flip-flop on the issue of executive actions on immigration – using several quotes from the President himself, including “the notion that I can just suspend deportations through executive order…that’s just not the case.”

President Obama: Everybody agrees that our immigration system is broken. Unfortunately, Washington has allowed the problem to fester.

Speaker Boehner: This is an important issue in our country. It’s been kicked around forever. And it needs to be dealt with.

President Obama: I’m beginning a new effort to fix as much of our immigration system as I can on my own, without Congress.

Speaker Boehner: The President is threatening to take unilateral action on immigration even though, in the past, he’s made clear he didn’t believe he had the constitutional responsibility or authority to do that.

President Obama: The notion that I can just suspend deportations through executive order…that’s just not the case.

That’s not how democracy works.

That’s not how our constitution was written.

I can’t solve this problem by myself.

NATSEC ROUNDUP: Recap On Iran And This Week

LETTER: House Republican Leaders Call On Speaker Pelosi To Allow For A Vote On H.R. 19 As A Substitute For H.R. 3