McHenry Delivers Speech on House Floor Against Articles of Impeachment

McHenry Delivers Remarks in Opposition to the SAFE Banking Act

Patrick McHenry is serving his eighth term in the United States Congress where he represents the citizens of North Carolina’s 10th District. Congressman McHenry’s district comprises all or parts of eight counties in western North Carolina, from the suburbs of Charlotte to Asheville in the Blue Ridge Mountains.

In the 116th Congress, Congressman McHenry serves as the Republican Leader of the House Financial Services Committee, a committee he has served on since he was elected to Congress. In his role as Republican Leader, Congressman McHenry continues to advocate for innovative solutions that increase access to banking services and credit for American families and small businesses.

Prior to serving as the Republican Leader, Congressman McHenry served as Vice Chairman of the House Financial Services Committee, a position he was appointed to at the beginning of the 114th Congress by then Chairman Jeb Hensarling (TX-05).

In 2015, Congressman McHenry was selected by then House Majority Whip Steve Scalise (LA-01) to be the Chief Deputy Whip. As Chief Deputy Whip, Congressman McHenry directly assisted Majority Whip Scalise by building consensus for the conservative policy agenda of the House Republican Conference. One of his proudest accomplishments as Chief Deputy Whip was the passage of the Tax Cuts and Jobs Act, which helped to fix our nation’s broken tax code and provided much-needed tax relief to American families and businesses.

During the 113th Congress, Congressman McHenry served as Chairman of the House Financial Services Committee’s Oversight and Investigations Subcommittee.  In this role, he provided oversight of the Federal Reserve, the Treasury Department, the Securities and Exchange Commission, and other federal financial regulators. Congressman McHenry was previously a member of the House Committee on Oversight and Government Reform.

In addition to his leadership roles on the Financial Services Committee, Congressman McHenry has successfully passed important legislation into law that helps entrepreneurs and startup investing.  In the 114th Congress, Congressman McHenry authored the “RAISE Act” (Reforming Access for Investments in Startup Enterprises), which was signed into law by President Obama, providing the means for startup employees to sell their stock options to private investors.

Congressman McHenry’s interest in crowdfunding and capital formation more broadly developed as a child, when his father attempted to grow a small business but struggled for financing. It was this experience—and the lack of small business financing in rural western North Carolina—that drove Congressman McHenry to become a leader on crowdfunding, capital formation, and other forms of disruptive finance. Recently this has expanded to encompass fintech as he works with industry leaders to discover innovative ways to combine finance and technology with the goal of expanding access to capital for America’s entrepreneurs and small businesses.

Throughout his career, Congressman McHenry has been a vocal and effective advocate for the men and women who wear the uniform of our country.  He received awards from the North Carolina Chapters of the American Legion and Marine Corps League for his extensive work in bringing a veterans’ health care clinic to his district after nearly two decades of delay.  The National Guard presented Patrick McHenry with the Charles Dick Medal of Merit for his exceptional service to the North Carolina National Guard.

Congressman McHenry is the recipient of several additional awards including: the National Association of Manufacturing’s “Manufacturing Legislative Excellence” Award, the Small Business and Entrepreneurship Council’s “Small Business Champion” Award, the U.S. Chamber of Commerce’s “Spirit of Enterprise” Award, the 60 Plus Association’s “Guardian of Seniors’ Rights” Award, the Family Research Council’s “True Blue” Award, and Citizens Against Government Waste’s “Taxpayer Hero” Award. In 2009 he was recognized by Time Magazine as one of the “40 Under 40,” a list of rising stars in American politics.

Most importantly, Congressman McHenry continues to listen to the voters of the 10th District and act as their voice in Washington.  His main focus is to provide the highest level of constituent services at home in western North Carolina.

Prior to being elected to Congress in 2004 at the age of 29, Congressman McHenry represented the 109th District in the North Carolina House of Representatives. He also served as Special Assistant to the Secretary of the U.S. Department of Labor, a post he was appointed to by President George W. Bush.

Congressman McHenry is a graduate of Ashbrook High School in Gastonia, N.C. and Belmont Abbey College, where he earned a Bachelor of Arts in History.  Congressman McHenry and his wife Giulia live in Denver, N.C. and worship at Holy Spirit Church.  They are the parents of two daughters, Cecelia Rose and Therese Anne (who goes by Rese). 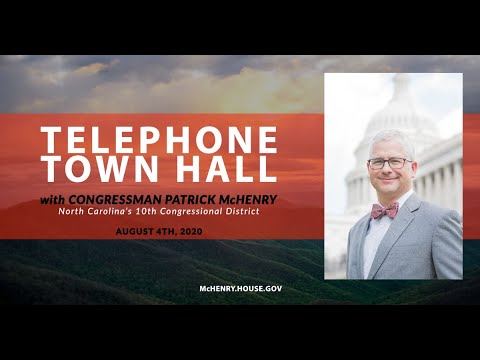 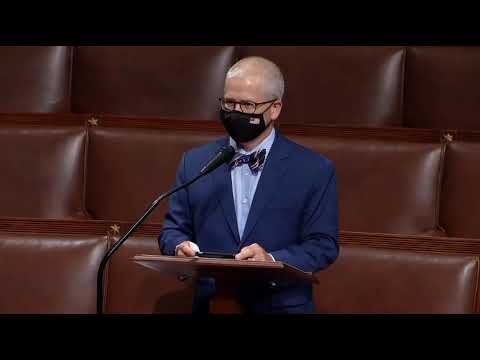 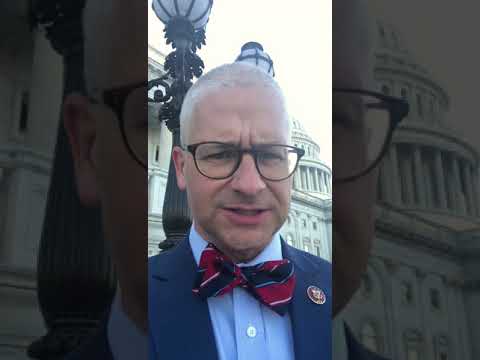 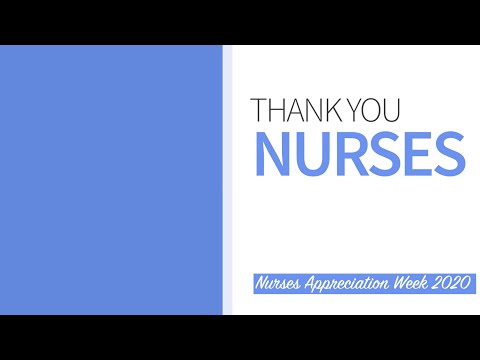 Thank you to the @NCNationalGuard troops who are in DC this week helping with the inauguration. Please join me in p… https://t.co/XU3ZyIRHKg

Today we celebrate the life & legacy of Dr. Martin Luther King Jr. Please join me in remembering the vision of equa… https://t.co/Yp0JGkt2Hr

Small businesses play a vital role in our communities and employ millions of hardworking Americans. If you or someo… https://t.co/BYpgknH2Wm

This week, @SBAgov reopened the #PaycheckProtectionProgram for small businesses impacted by the #coronavirus pandem… https://t.co/tNm0uAvcko